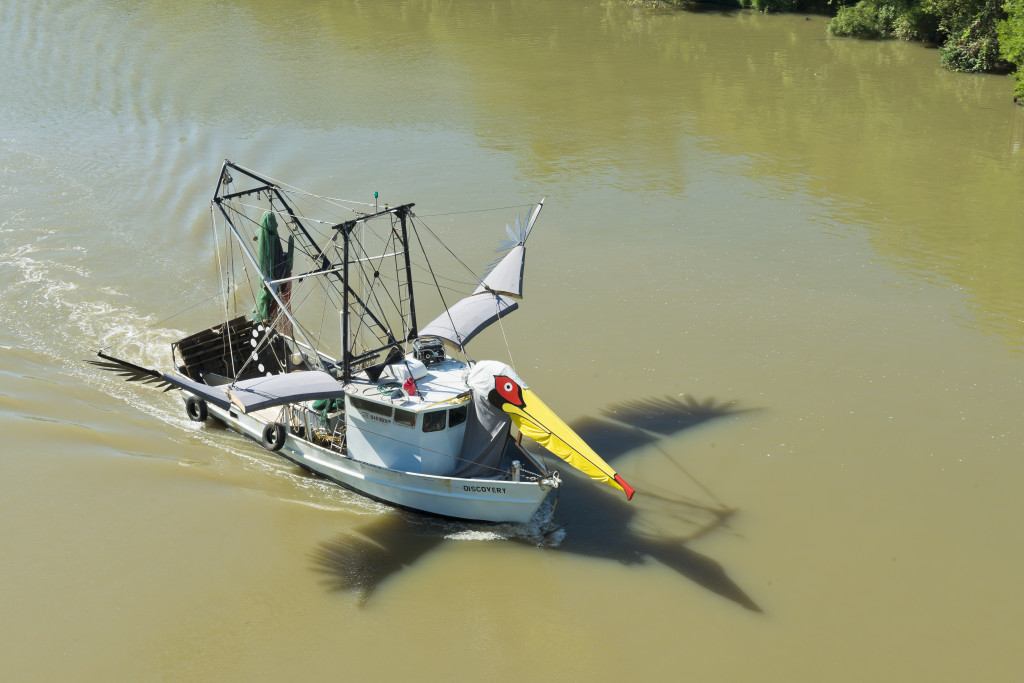 Held on the banks of Buffalo Bayou in the shadow of Houston’s skyline, the Festival celebrates the bounty of the estuary with a shrimp cook-off, live music, games and other activities for all ages-all aimed at reconnecting America’s petrochemical capital and fastest growing metropolis to its native landscape. The centerpiece of the event will be the F/V Discovery, transformed into the DivinePelican, a kinetic floating sculpture ceremonially consecrated as a protective deity for the estuary.

The Festival is part of Transported + Renewed, a project of the Houston Arts Alliance, and is co-sponsored by the Buffalo Bayou Partnership. You can learn more about Shrimp Boat Projects at shrimpboatprojects.org and watch the artists present at the 2013 Creative Capital Artist Retreat on YouTube. 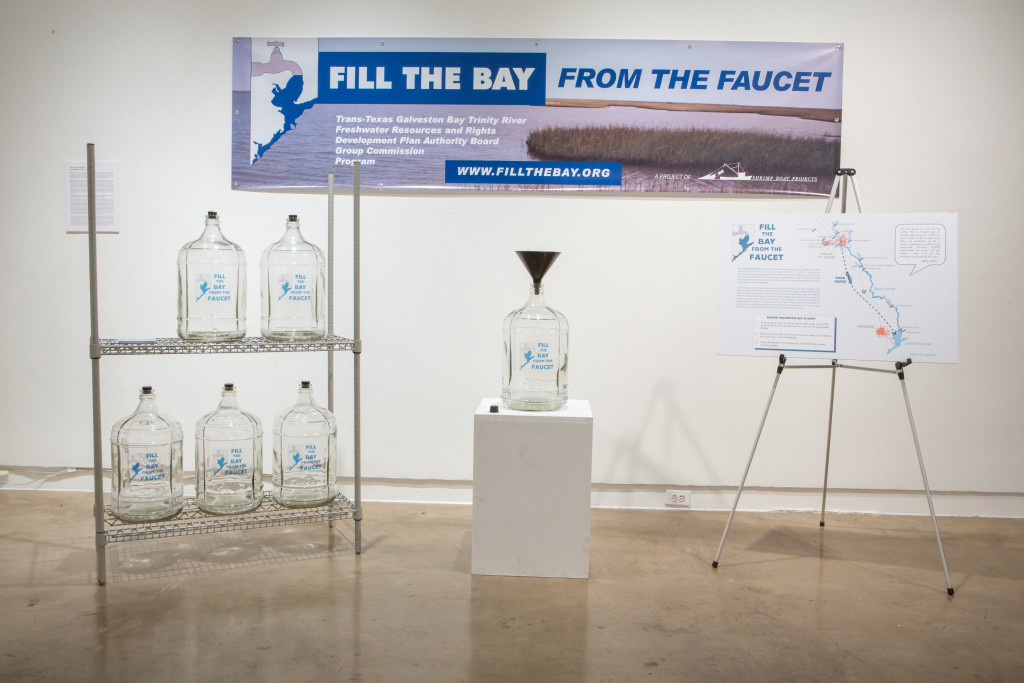 An opening reception with the artists will be held Saturday, January 11, 2014 from 6:00pm to 8:00pm at The McKinney Avenue Contemporary, located at3120 McKinney Avenue, in the Uptown District of Dallas.

Exhibitions will be on view through March 1, 2014. 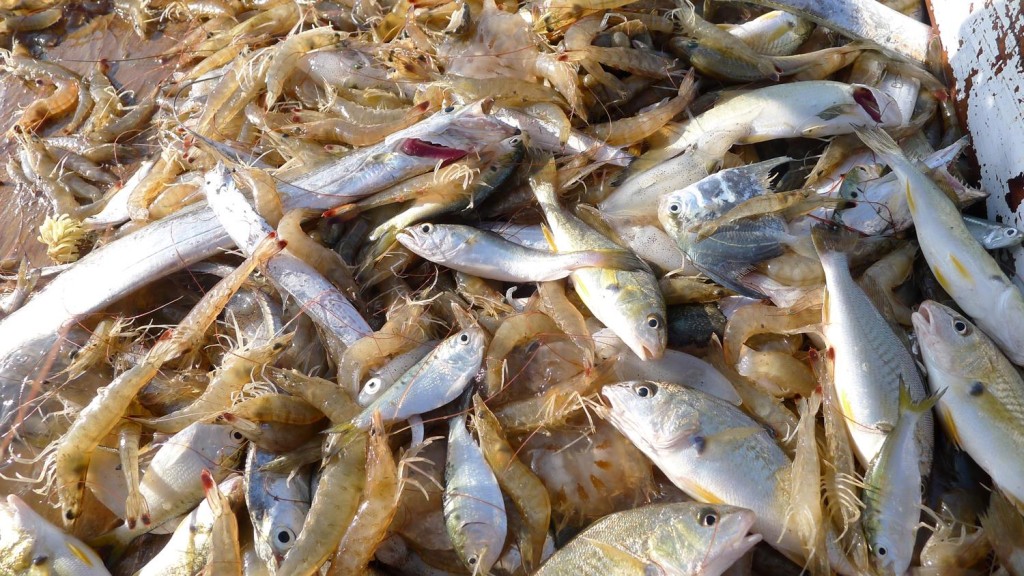 The Spirituality of Stewardship, Sustainability, and Food 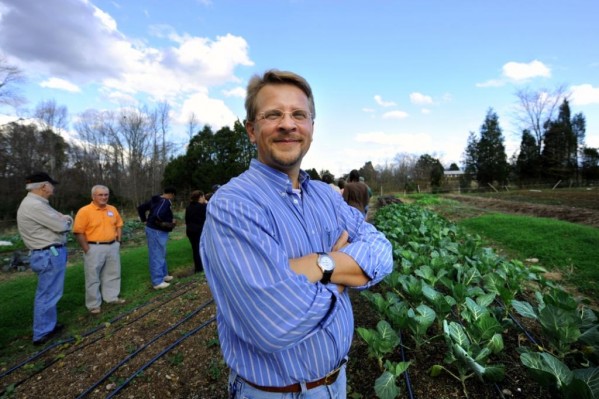 Please join Shrimp Boat Projects for the The Spirituality of Stewardship, Sustainability and Food, an event organized in conjunction with the Rothko Chapel and the University of Houston Mitchell Center for the Arts. The event features special guest Norman Wirzba, Research Professor of Theology, Ecology and Rural Life at Duke University’s Divinity School. The afternoon will include a presentation by Dr. Wirzba, followed by a panel of dedicated land stewards from around Texas to discuss their relationships to the land and the ethics that guide these relationships. Following the program, a reception on the plaza will feature foods from local farms and an exhibit of local stewardship efforts.

Dr. Norman Wirzba’s current research focuses on eating as a spiritual discipline, theological reflection as informed by place, and agrarianism as a viable and comprehensive cultural force. He will share his insights on the value and consequence of a spiritual connection to our natural resources in a lecture titled, Eating as a Spiritual Act. 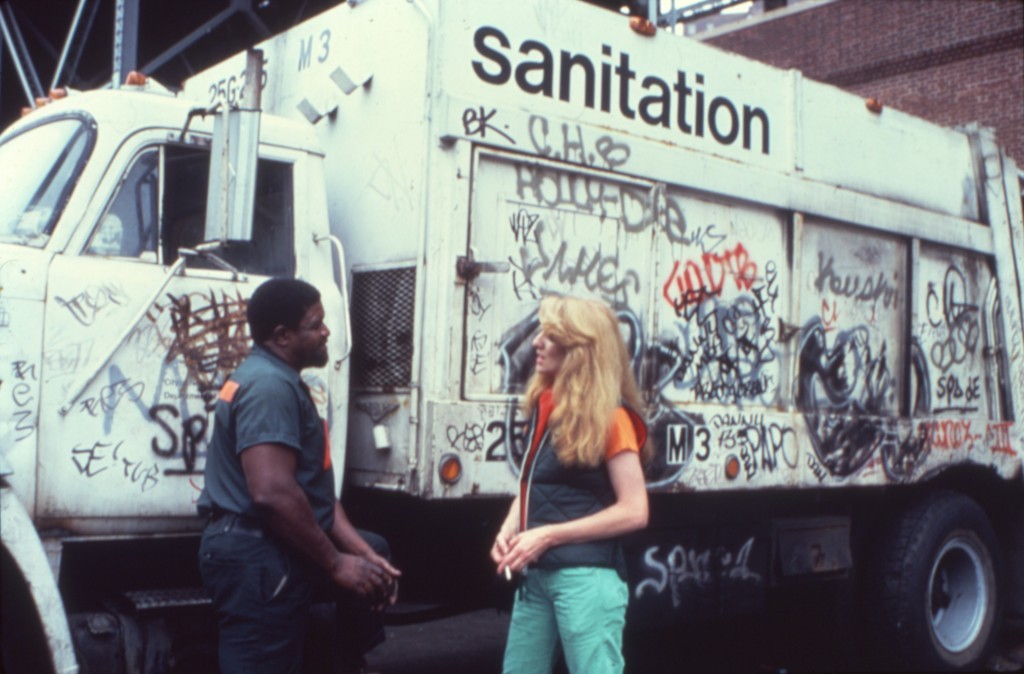 Mierle Laderman Ukeles will be visiting Houston at the invitation of Shrimp Boat Projects and the Cynthia Woods Mitchell Center for the Arts. Her work has inspired the development of Shrimp Boat Projects and she is part of a select group of established contemporary artists who have excelled at working in dynamic ways, often outside of traditional art spaces, and often synthesizing the knowledge and experiences of diverse disciplines into something of value to even more diverse audiences. Mierle Laderman Ukeles stands out within this group because the values embedded in her work are so fundamentally close to the values of Shrimp Boat Projects. She has spent her career making the work of others, as well as herself, more visible and meaningful. The best example of this is the body of work she has created through her longstanding position as the Artist in Residence at the New York City Department of Sanitation. She first defers to the practices and protocols (both formal and informal) of the Department and its workers, and ultimately creates new work through this understanding. In the process, a broad population of city residents become more aware of their city and how it works. We have sought to do something very similar in the design of Shrimp Boat Projects. Just as Mierle believed there was much to be learned and appreciated from the simple civic work of urban sanitation, we look to channel other knowledge from the work of bay shrimping. In bringing Mierle to the University of Houston, our interest is not to help explain Shrimp Boat Projects directly, but help communicate our shared value system and way of working.

Join Shrimp Boat Projects for the event Poetry & Prose: Writers of Galveston Bay as part of a readings series organized by the University of Houston Libraries and the University of Houston Creative Writing Program. The event will feature selected readings by established writers from the region as well as students from the Creative Writing Program in poetry, fiction and non-fiction.

Blessing of the Fleet 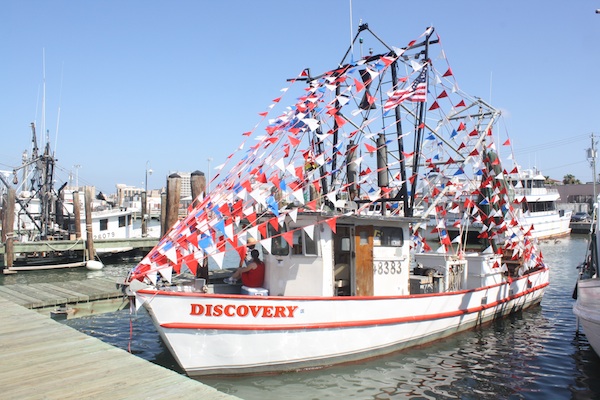 Join Shrimp Boat Projects at the Galveston Island Shrimp Festival, an annual event that celebrates Galveston’s  unique heritage and local seafood industry. A Shrimp Boat Projects booth will be part of the festival all weekend and our boat the F/V Discovery will be participating in the Blessing of Da’Feet boat parade on Sunday, September 25. We will also be participating in the Shrimp Gumbo Cook-Off on Saturday, September 24.

Join Shrimp Boat Projects for the opening of State Fair, an exhibition at DiverseWorks Art Space organized to coincide with Houston’s first-ever public art fairs, The Houston Fine Art Fair in September and the Texas Contemporary in October. State Fair is an arts-centric trade show with a twist in which Shrimp Boat Projects and several other artists from around the state will inhabit the DiverseWorks gallery with  public projects that explore the notion of street commerce, underground exchange, and alternate economies that defy the strictures of the commercial art economy. For the exhibition, Shrimp Boat Projects will be installing a shrimp stand , inspired by the aesthetic of seafood markets and bait shops found along Galveston Bay, and selling fresh shrimp caught by our boat the F/V Discovery. Market days will include Saturday, September 17 from 12-6pm and Saturday, October 22 from 12-6pm, and possibly other days in between.

Veins in the Gulf Screening with Aurora Picture Show

Join Shrimp Boat Projects , poet Martha Serpas and filmmakers Elizabeth Coffman and Ted Hardin for a screening of Veins in the Gulf, a documentary that traces the history of rapidly disappearing bayous, the environmental crisis of southern Louisiana, and the international impact of Cajun culture. Through interviews with fishermen, engineers, poets, and scientists, bear witness as Louisiana residents confront the mortality of their culture and a community tries to solve its environmental crises. Join the Mitchell Center for fresh Gulf Coast shrimp and this exploration of southern culture and discover where great American literature, music, seafood and oil have come from for the past century. 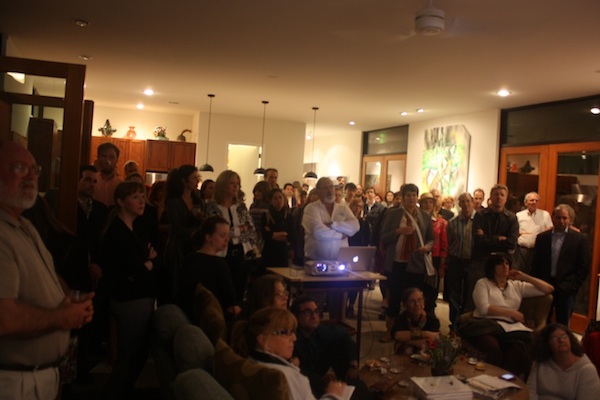